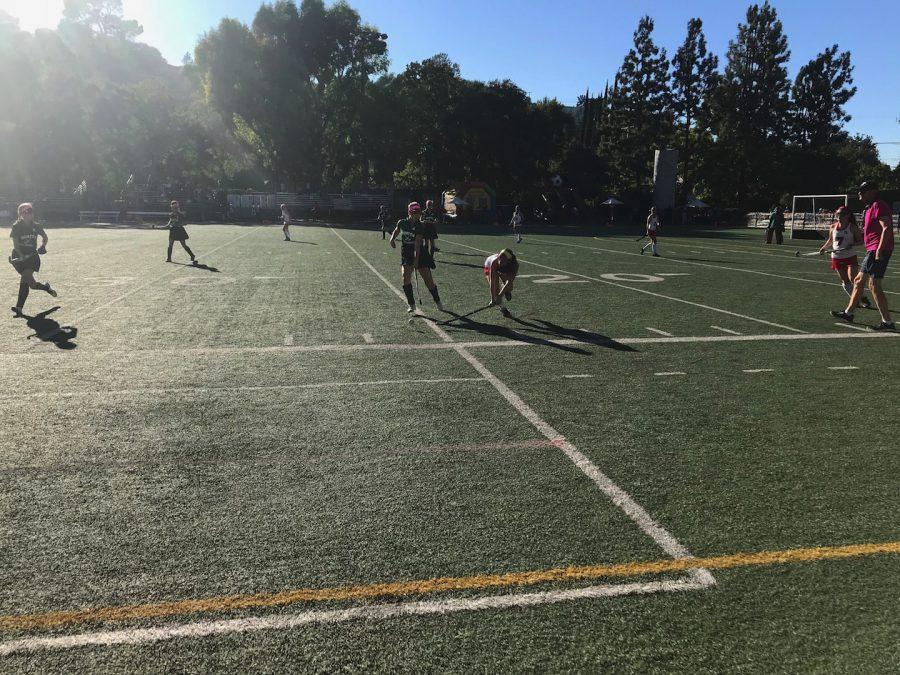 Field Hockey shutout Glendora High School 3-0 today, marking the team’s fourteenth win of the season and thirty-fourth win in a row over the past two seasons. This season, the squad is currently undefeated with an overall record of 14-0.

Center forward Emily Kornguth ’20 said that she believes the team can still improve before the next game.

“I think we did a really good job, except we still need to practice utilizing the right side of the field,” Kornguth said. “That is something we have been working on a lot during practice so it would be great if we could do it in the game too.”

With only two games left in the regular season before playoffs, the players said that they believe the team can finish strong.

“Our amazing season so far has given us confidence in our skills and team play,” center midfielder Rachel Brown ’20 said. “We realize the importance of maintaining strong practices and team communication in order to be successful for the rest of the season.”

Brown said that unity and hard work are a couple of the team’s traits that will play an important role as the season comes to an end.

The last game of the regular season will be Oct. 25 against Westlake High School. This will be the team’s second matchup against Westlake after defeating the Warriors 2-0 Oct. 8 in the first matchup of the season.

The playoffs are scheduled to begin Oct. 30 but the team’s opponent is yet to be determined.