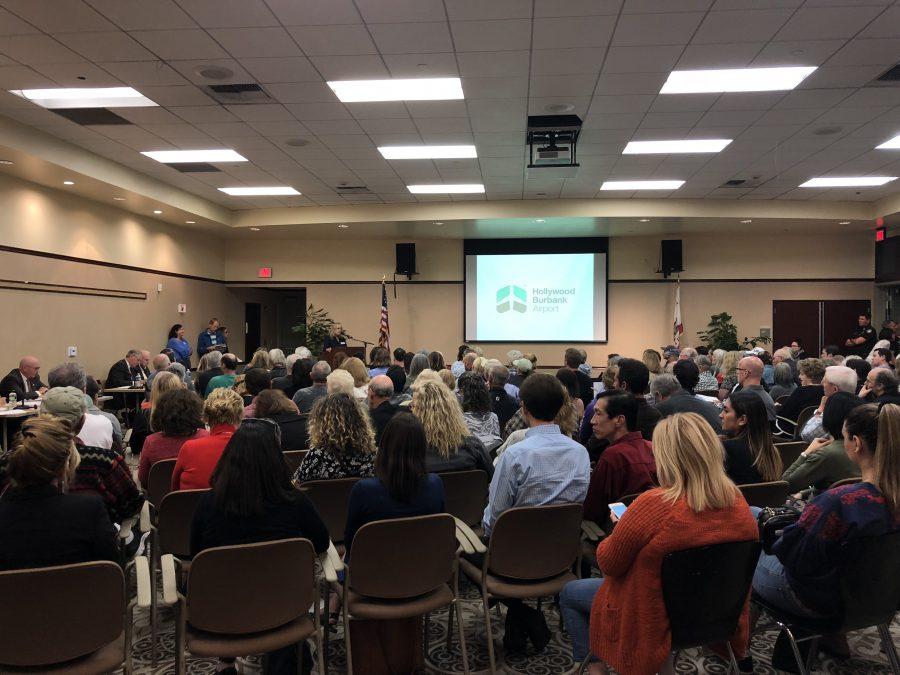 San Fernando Valley residents, who were concerned about the Federal Aviation Administration’s new transportation system allowing flight paths directly over homes and schools, voiced their complaints at a community meeting in Burbank Vista Library on Thursday.

Rep. Brad Sherman opened the meeting by addressing his involvement in opposing the new flight paths ever since the FAA’s proposal.

“There’s no doubt that safety should be first, but right below safety has got to be the liveability of the communities,” Sherman said. “When these wave points were announced, I wrote immediately to the FAA saying that I am opposed to any changes to increase aviation noise over schools and residential neighborhoods. [The FAA] cites some supposed operational benefits, but the airport itself, the operator, has not endorsed these changes, so it’s very difficult to say that there are operation benefits.”

“Some portion of the noise occurs because pilots deviate from the required or recommended approach,” Sherman said. “They fly too low, and they don’t adhere to the voluntary standards. I do not think [the FAA] has the authority to find these airlines, but there are a lot of things that can be done by the airport. It is time for the airlines to understand that their relationship with the airport is dependent on how they treat the community.”

The Hollywood Burbank Airport then presented a brief summary of consulting firm Landrum & Brown’s published report, which found that the FAA’s new plan is only partially responsible for the flight paths’ shift.

“The track has shifted south overtime, but not all due to Metroplex,” Landrum & Brown Managing Consultant Christian Valdes said. “The other contributing factors were temperature and an increase in overall regional airspace operations.”

Discontented residents were able to comment for the rest of the meeting.

“We need our federal officials to get a time extension and push for a study, so that the city can conduct its own environmental study, including actual noise measurements, not just models,” Turner said.

The FAA will host workshops in Burbank at Pickwick Gardens on Nov. 7 and 8, in which the agency and residents will be able to discuss the proposed departure changes.