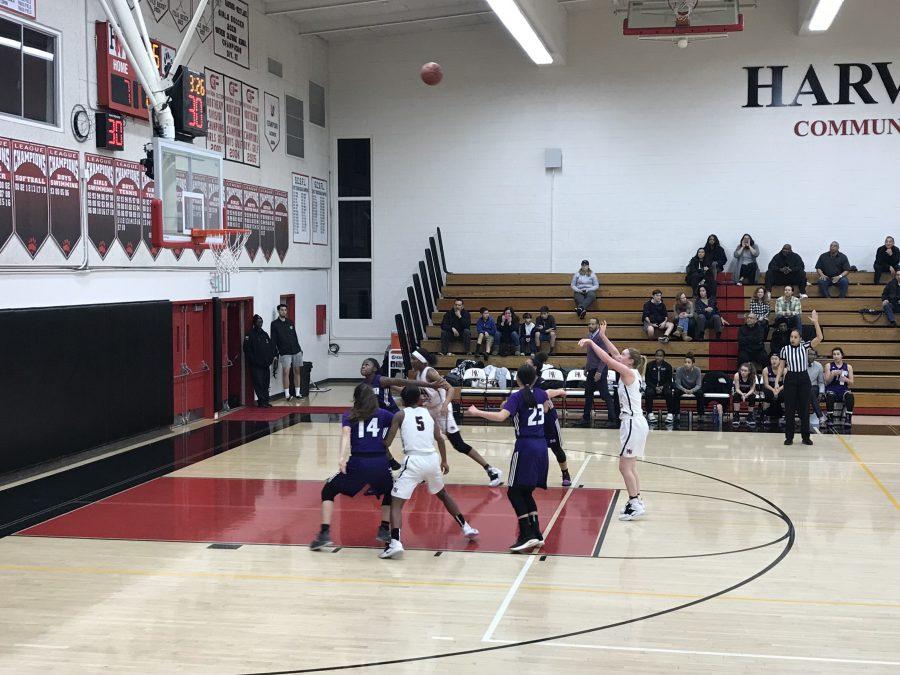 The Girls’ Basketball team beat Marlborough High School 53-39 on Jan. 17 in Taper Gymnasium. The win marks their 16th victory of the season as they move into second place in the Mission League with a league record of 4-1.

The Wolverines jumped out to an early lead behind six points from forward Ella Price ’20. The Mustangs found success from long range in the first quarter, but it wasn’t enough to catch up to the fast-paced Wolverine offense.

“It’s important to establish a strong start every game,” Price said. “It helps our comfort level and hurts the other team’s confidence.”

After a similar second quarter, the Wolverines headed into the locker room with a 29-19 lead. In the second half, the squad stepped up on defense, holding the Mustangs to just six points to match their 12.

Continuing their shooting success, the Mustangs were able to put together a fourth quarter push, but it proved unsuccessful. The 14-point Wolverine victory effectively placed the Wolverines in second place of the Mission League, behind only Chaminade for the top spot.

Guard Krista Semaan ’21 dribbles 1-on-1 in the first quarter of Thursday’s win. (Photo: Will Mallory/Chronicle)

As the playoffs near, the Wolverines will continue to learn from their mistakes. At 16-6, the squad hopes to make a final playoff push with just four league matches remaining.

“This team is definitely on the right path towards success,” guard Mirabella Wong ’20 said. “We have used our fallbacks as motivation to get better and work even harder, which has been very successful.”