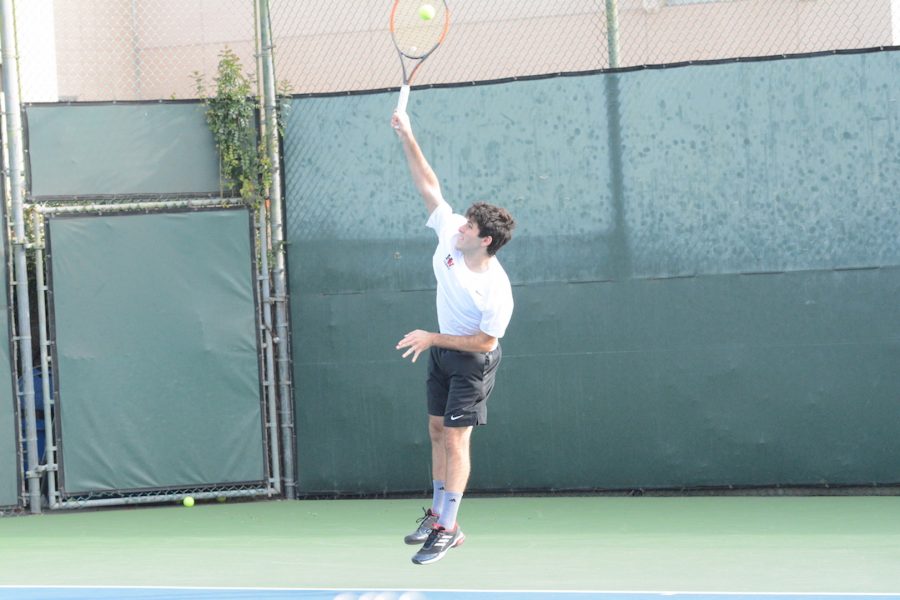 Several players said that the team pulled together a definitive win despite the loss of key player Timothy Li ’20.

“We’re definitely missing a lot of important players, but the bench guys are all stepping up and so are junior varsity players,” Amaan Irfan ’21 said.

This match was an opportunity for less experienced players to get more match time and practice preparing mentally for more matches Avi Carson ’22 said.

“Corey Marley [’20] played really well and took down their best player, which was big for the team,” Carson said. “We have just been trying to stay focused and do our jobs to get whatever points we can for the team.  We were confident coming into today after coming off of a good win yesterday and just wanted to get the job done.”

Li was out today due to a thumb injury.

“I’ve been trying to keep in the best shape possible without playing,” Li said. “I’m gonna take it slow but quickly pick up the intensity when I get back out on the courts.  I’m excited and hungry for the season so I know I’ll give my best effort fro the team when I get back.”

The team is locking in mentally for the season and the attitude going forward is to persevere through adversity and maintain a league winning streak in order to break the national record Irfan said.

“We need to stay confident and focused and keep doing what we have been doing,” Carson said.