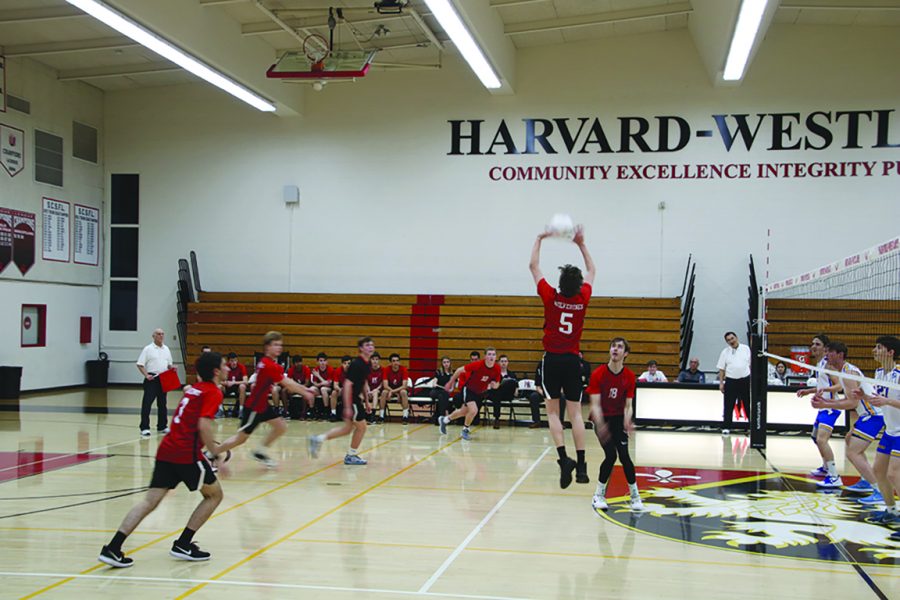 Following a 3-1 victory against Cathedral High School on March 14, the Boys’ Volleyball team improved to an overall record of 10-5 and 1-0 in league. The team the started the season off with a four game winning streak, followed by a 6-5 run.

Outside hitter Jasper Richards ’20 said he believes that better communication is the key to winning close games.

“We faced a few losses that I think we could have won, but, overall, I think we are getting a lot better as the season progresses,” Richards said. “More communication on the court would be beneficial for our season because [there have been a] lot of stupid plays that we could have converted.”

The team’s only league match was on March 12 against Chaminade where it won 3-0. Outside hitter Rafa Carbonell ’20 said he believes that the season has been successful, but that the team can still work to improve.

“The season has been pretty good, we are coming together as a team more and more with every game and every practice,” Carbonell said. “I think in the future, we will be playing really well. To improve, I think we have all of the right components, I just think we need to be a little bit more mentally tough.”

Last season, the squad finished 10-12-3, with a league record of 6-7, which was enough to make it to the CIF Division Two Southern Section playoffs. They played in one of five Division 2 Wild Card matches, where the team lost 3-1 to Arcadia High School.

“It might be hard to win league because we have Loyola [High School] in our league, but I think we can have a good shot at winning CIF this year and I want to win CIF,” Richards said.

The squad will face league rival Loyola March 19, where they hope to upset the Cubs.