The Harvard-Westlake Chronicle • May 2, 2019 • https://hwchronicle.com/56588/uncategorized/six-debaters-reach-elimination-rounds-at-annual-tournament-of-champions/ 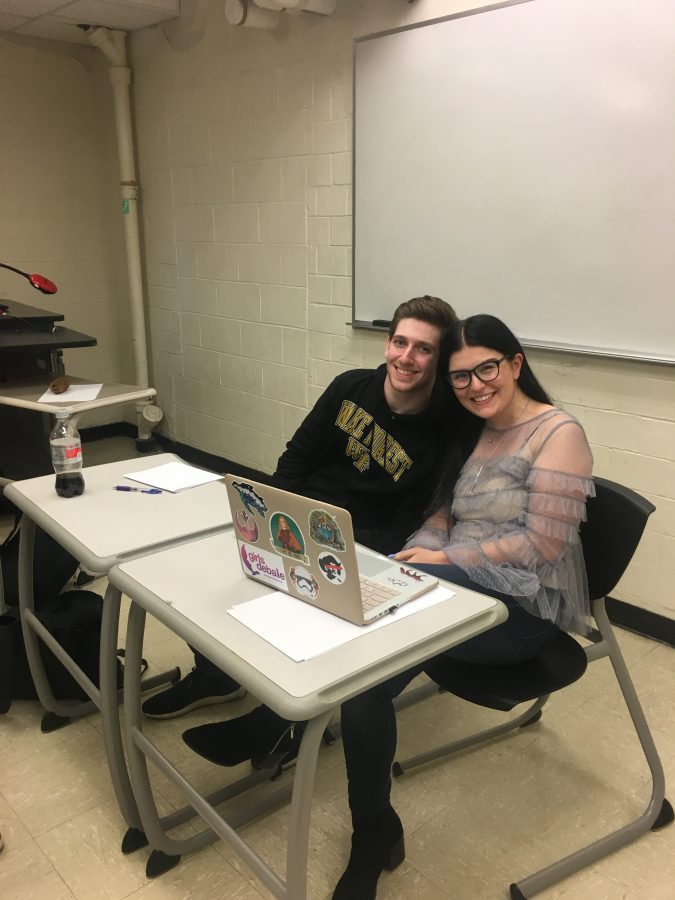 Ari Davidson '19 and debate coach Jasmine Stidham pose for a picture at the University of Kentucky. Credit: Jessa Glassman/Chronicle

Six members of the debate team reached elimination rounds at the Tournament of Champions in Lexington, Kentucky, from April 27-29.

Nayar, who also won the second speaker award out of the 86 participants, said competing in the tournament this year was less stressful than in previous years.

“I think going to the TOC is an amazing experience, regardless of what time it is,” Nayar said. “Additionally, every time I qualify or get a bid to go to the tournament, it makes me feel like my hard work has paid off, which is probably the most rewarding part of it, even though that doesn’t have to do with going to the tournament itself.”

Davidson said they value their experience more than their performance at the tournament.

“Regardless of how I did at the TOC, what I remember most is walking out of my last round and seeing all of my best friends from around the country with proud smiles, ready to give me a hug,” Davidson said. “At the end of the day, that’s all that really matters to me.”