The Harvard-Westlake Chronicle • May 2, 2019 • https://hwchronicle.com/56793/sports/lacrosse-advances-to-third-round-of-cif-playoffs/

Team advances to third round of CIF Playoffs 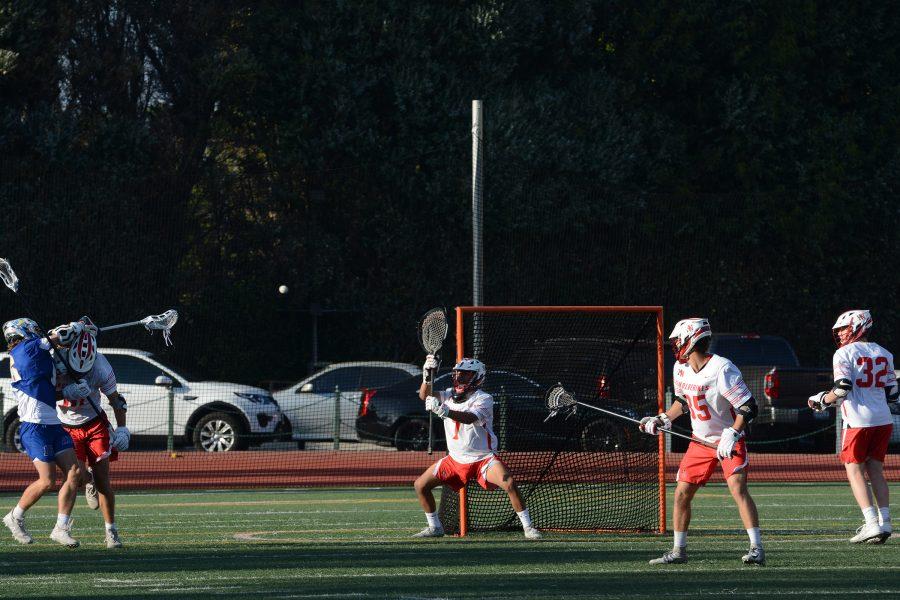 Goalie Alex Russell '19 defends a Chargers' attack in the first quarter of the Wolverines' 14-10 victory on Ted Slavin Field. The Wolverines will play Peninsula High School May 4 for a chance to advance to the final round. (Photo credit: Keila McCabe/Chronicle)

The No. 4-ranked lacrosse team continued its success Thursday night with a 14-10 victory over No. 5 Agoura High School to advance to round three of the L.A. Championship Playoffs. The squad will look to maintain its streak May 4 against Peninsula High School and book a trip to the final round.

The Wolverines caught fire early, finishing the first quarter with a 5-2 lead. Led by an explosive and experienced attack, the squad headed into the locker room leading 8-5.

The Chargers stepped up on defense in the second half, limiting the Wolverines to only two goals in the third quarter. Despite their defensive success, the Chargers were unable to produce offensively, heading into the final quarter down by three goals and facing elimination.

When it mattered most, the Wolverines were able to solidify their victory, outscoring the Chargers 4-1 in the final seven minutes of the fourth quarter. The squad hopes to advance to the L.A. Championship Finals May 4 at Culver City High School.