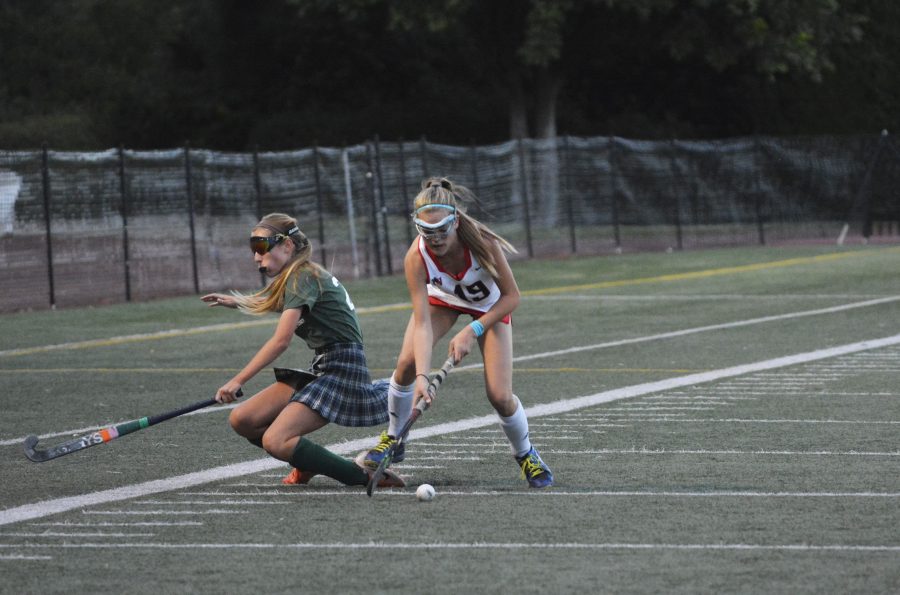 The field hockey team will advance to the LAFHA Championship after defeating Edison High School 2-1 today. The game came down to the final seconds, but the Wolverines were able to prevent the Chargers from pushing the game into overtime.

Field Hockey Tournament of Champions Semi-Final: @hwathletics defeats @EdisonChargers 2-1 to advance to the Championship Game on Saturday at 4:00 PM. pic.twitter.com/smswR43tFa

Despite not scoring until late in the first half, both teams were aggressive in moving the ball up the pitch as they attempted to capitalize off of fast breaks. The Wolverines struck first with a goal from Forward Bella Ganocy ’22. Edison had two opportunities to score off of penalty shots, but both ended in Wolverine possessions. Going into halftime, the team led 1-0.

Forward Fienne Oerlemans ’22 led several campaigns into Edison’s shooting circle, but none ended in goals. Finally, with three minutes left, the Wolverine’s scored, putting them up 2-0. Less than a minute after, the Chargers responded with a goal to shorten the Wolverine lead 2-1.

The team was determined to maintain its level of intensity which led to the two goals, Captain and Forward Sam Yeh ’20 said. The coaching also helped the Wolverines maintain focus, Yeh said.

“ We got a little flustered at times, but our coaches were able to shake us out of it and help us to focus and play good hockey,” Yeh said. “Our team worked really well together today and we moved as a unit and were able to help each other a lot.”

Newport Harbor’s field hockey team will play Harvard Westlake in the final of the Tournament of champions at Chaminade High at 4 p.m.Huntington Beach and Edison play before that in the third place game at, I want to say 1:30 p.m., maybe earlier. https://t.co/fzkI77YW46

The Wolverines’ next game will be at Chaminade High School against Newport Harbor High School. Last time the teams faced off, the Wolverines won 5-1 but Newport demonstrated its ability to fight back as they scored in the final minutes of the game. With only one day to practice before the LAFHA Championship, the team will practice Friday.

“We’ll make some adjustments to how we played today and just get mentally ready for Saturday,” Yeh said.