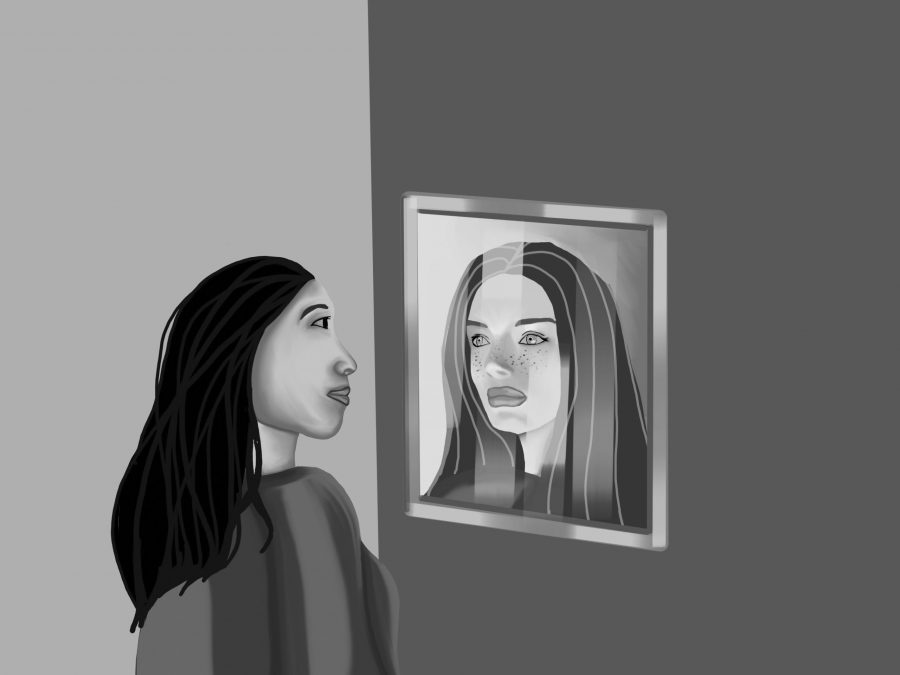 Eight years ago, in the mornings before school, I brushed my teeth with Colgate toothpaste and glanced at my reflection in the bathroom mirror, lips stinging from the cold mint. I imagined myself morphing in the smudged glass, my features reconfiguring themselves until I had luminous blue eyes, freckles and a ski-slope nose.

My wish to assimilate was subconscious; it had been ingrained in me ever since I downloaded my first dress-up game on my dad’s iPhone as a child. In the app, all of the models had variations of the same pale eyes and light skin, but none of them resembled me. In the commercials and television shows I watched after school, clean-cut families ate salads in kitchens drenched with sunlight, but none of those families looked like mine. The only coming-of-age books I read that starred Asian characters were purely about the Asian-American experience and nothing more.

It was only in middle school that I became more aware of my “Asianness” and, subsequently, began to accept my race as essential to my identity. When people asked me where I was from—no, where I was really from—I said that I was half-Chinese and half-Vietnamese without hesitation. Yet with that acceptance of my ethnicity came a new fear: that I was just another “quiet Asian girl.”

In elementary school, I attributed my introversion to my own fear of being judged and viewed as inadequate. In middle school, however, I saw my “quietness” as a deficiency, and, even worse, as a manifestation of my race. When I researched personality types for an article I was writing in ninth grade, I typed “introverted” and “extroverted” into the thesaurus. The results for “introverted” were tainted with negative biases—“uncommunicative” and “standoffish”—while “extroverted” brought up synonyms, such as “congenial” and “friendly.”

American society has long been fixated on extroverts and the ideals of individualism, striving to distinguish itself from other nations since its founding. The “model minority” stereotype directly taps into Americans’ darkest fears of losing their identities and of turning into a homogenous mass of silent, submissive people that “all look alike.”

One of the most infuriating results of the Asian stereotype was when my peers attributed my drive to my race. They assumed that the hours I spent studying for a chemistry exam or working on an English paper and my consequent grades were due to the pigmentation of my skin, not to my own work. If I did not do well in school, I “disappointed my ancestors,” but if I did do well, I was reinforcing the stereotype that had been thrust upon Asian-Americans. I became paranoid; I felt the need to subvert these labels at all times, to defend myself against the image of a shy, vapid student that had been projected on me.

But I realized that by adopting this mindset, I was no better than the people who had founded the idea of the model minority. Like them, I had inextricably linked these stereotypes with the race, not the individual. I had thought that these labels followed me, and while they did, I had also tied myself to them, unwittingly dragging them behind me for most of my adolescence. While I still sometimes feel the need to overturn these stereotypes, I now recognize that I am a quiet Asian girl because I am quiet and because I am Asian, not because the two are interconnected.

Now, in the mornings, when I climb out of bed and brush my teeth with mint toothpaste, I look at myself in the mirror—undeniably Asian, yet also undeniably American. And I see only the face that stares back at me, and nothing more.