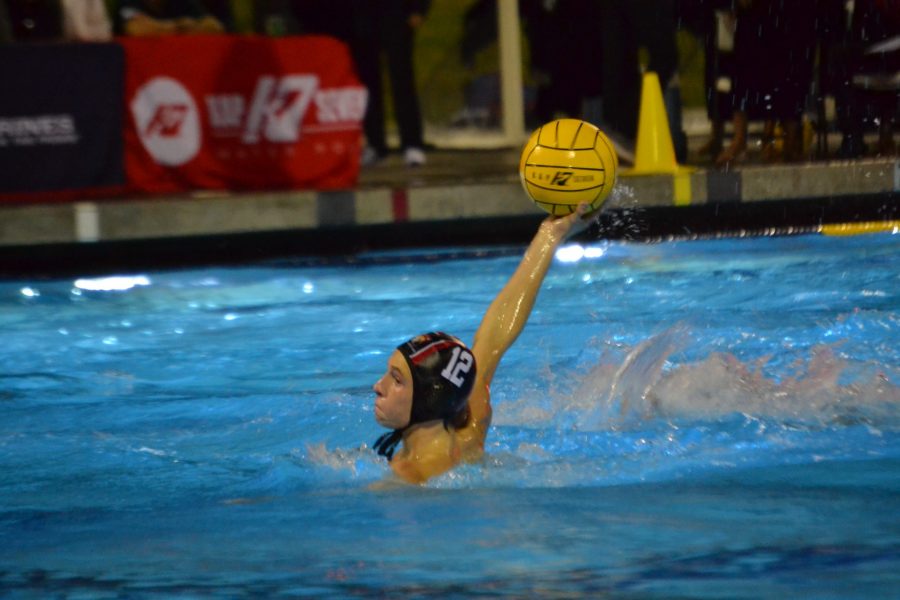 Attacker Shay Gillearn '21 prepares to shoot the ball in the CIF Southern Section Division I Championship. The Wolverines went on to win the game 6-4, winning the championship for a second year in a row. Credit: Sandra Koretz/Chronicle

Leading up to the game

The squad had a fast start to the game, leading 2-0 in the first quarter as a result of goals from attacker Ethan Shipman ’19 and center Mot Stothart ’20. The Wolverines built off this momentum in the second quarter, scoring three more goals and up 6-4 heading into the second half. However, the boys were shutout in the second quarter, but still managed to lead 5-4 heading into the fourth. There, attacker Shay Gillearn ’21 scored the lone goal in the quarter, allowing the Wolverines to win 6-4 and the CIF championship. Gilleran described the importance of his goal in the fourth quarter.

“The goal helped our team calm down and focus on each individual play,” Gillearn said.

Much credit to Harvard-Westlake @HwPolo and coach Brian Flacks. For the second straight year, the Wolverines held Newport Harbor to a season-low goal total – four this time – in the biggest match of the year. Stanford-bound goalkeeper Nolan Krutonog made 14 saves tonight.

“I think that not just me but everybody on the team putting in a concerted effort every day Monday through Saturday is what won us the game,” Kim said. “It wasn’t that anybody played or did anything spectacular that night because that game was won or lost months ago. It was gonna come down to the team that dug harder and wanted it more at the end and that was us again. We were all just excited to play one last game as a team and the results came back positive.”

“Just pure jubilation,” Schwartz said. “You put in all that work as a team all year hoping that it pays off, and when it does, you feel so accomplished and so satisfied.”

The squad now looks to continue their success in the CIF Regionals, which will begin Saturday.