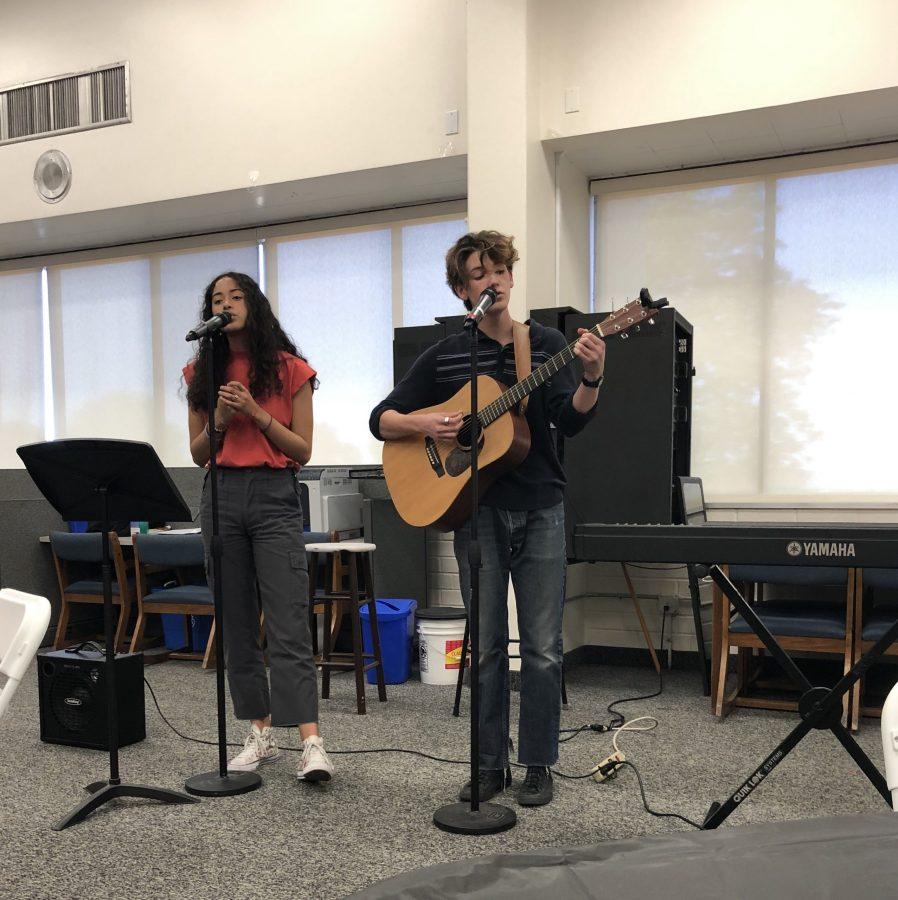 Students showcased their talents in the first Coffeehouse of the year in Chalmers East after school Monday.

This Coffeehouse offered a variety of musical performances including the harmonica, rap and original songs. A few of the solo acts included Graham Berger-Sacks ’20, Ford McDill ’21 and Cameron Herring ’21.

“Coffeehouse is special because anyone can sign up even if you’re not a part of choir, band or any performing arts extracurricular,” Sofia Llevat ’22 said, “You can show your talents to people who may not even know what you can do.”

“I really enjoyed Hinkin’s performance because I’ve listened to her since seventh grade and since then I’ve always been excited to watch her perform,” Paris Little ’22 said, “It’s really cool to see her stay so passionate about singing over the course of the past three years.”

Prefect Council organized this Thanksgiving-themed Coffeehouse and decorated the tables with pine cones, buckets of candy and snacks.

“I think it’s a really lovely experience and it brings a lot of people together after school,” Junior Prefect Cleo Maloney said. “Also, as someone who is in the arts, any event on campus that supports the arts are really meaningful and important to me and I always think it’s super important to show up for your peers. So, I really love Coffeehouse for that aspect of it.”