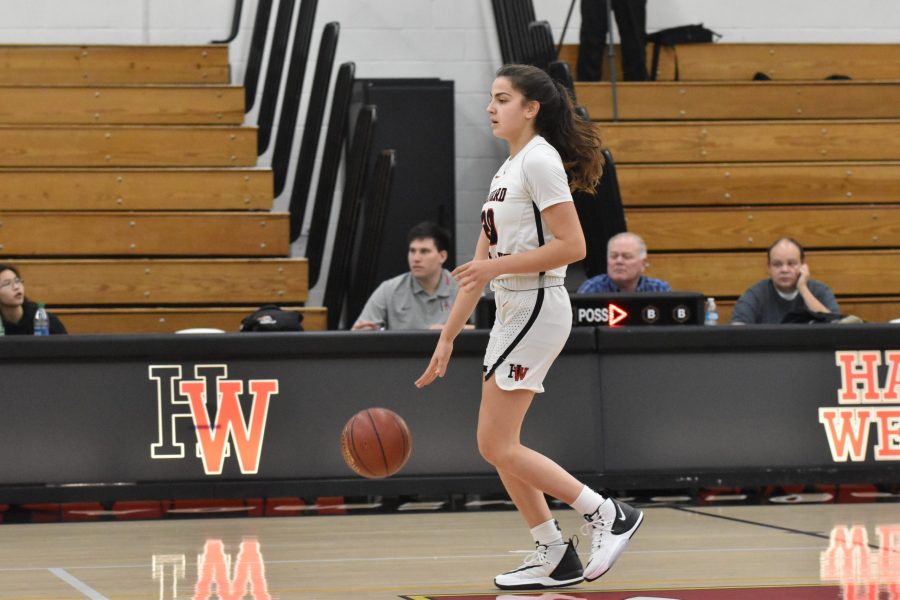 Guard Krista Semaan '21 sets up the offense in a 75-31 win against La Canada High School in the Brentwood Invitational. Credit: Jaidev Pant/Chronicle

The girls basketball team defeated Notre Dame Academy 75-37 Jan. 24 at Taper Gymnasium, improving their overall record to 4-1 in league play and 15-8 overall on the season.

Forward Kiki Iriafen ‘21 led her team to an early 21-9 lead in the first quarter, scoring 12 points, despite fouling 3 times with just over two minutes remaining in the quarter. By the end of the first half, the girls still maintained its 32-23 lead despite a comeback attempt by the Gryphons. During the 3rd quarter, the squad increased its lead by 12 points, ending the quarter up 54-33. Finally, the team pulled away, outscoring the Gryphons by 17 points in the last quarter and winning the game 75-37.

Iriafen finished as the leading scorer with 22 points. She spoke about the keys to winning the league matchup.

“We just had to go through all our plays correctly,” Iriafen said. “So we just used this as practice in a way to make sure our box out’s were correct and we just played hard defense as well. Stopping their momentum helped our momentum. By getting steals, by switching on screens, not letting them get the ball and getting shot-clock violations helped us a lot this game.”

The squad play its next league game at home against Bishop Alemany High School Jan. 30.