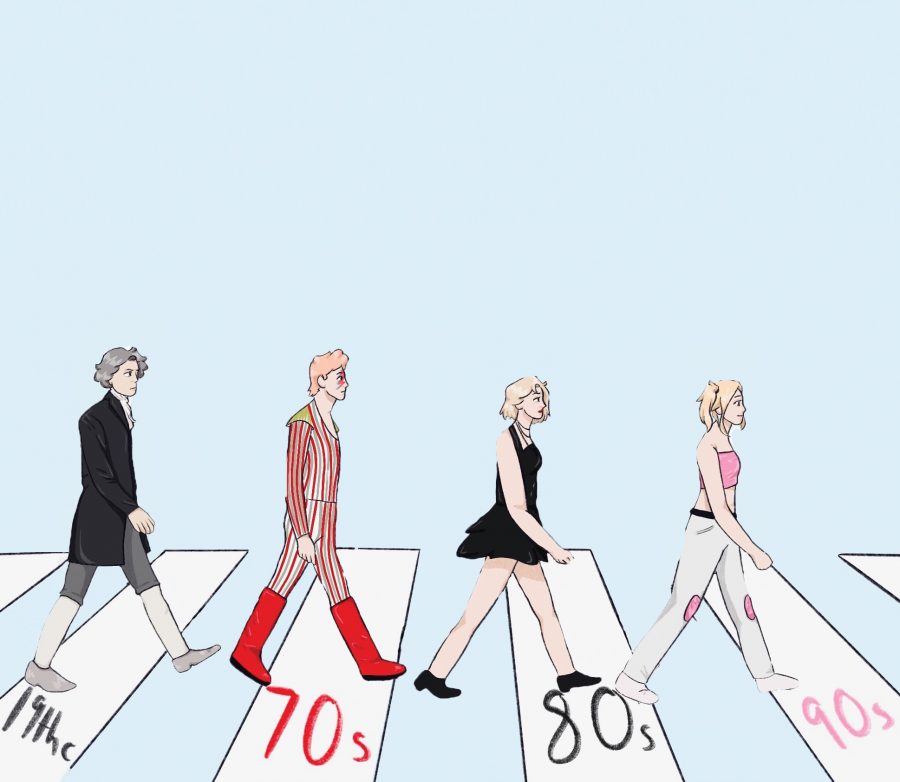 When he was younger, if someone had told Blink-182 bassist and co-lead vocalist Mark Hoppus (Jack ’20) that he would influence a generation of new artists from Fall Out Boy to Lil Uzi Vert and Juice Wrld, he would have been in disbelief. Now, he said he is grateful.

“It’s a gigantic compliment and something that I don’t take for granted at all,” Hoppus said. “It’s really an honor when people who I think make killer music say, ‘oh yeah, well I grew up listening to [Blink-182].’ I’m like ‘wow, that’s crazy.’”

Growing up, Hoppus sang songs in the car with his parents, and in high school, listened to bands such as The Cure and The Descendants, which influenced his own musical journey. Today, their songs still remind him of the valuable moments he had throughout high school, he said.

“Music is just like that,” Hoppus said. “One of the amazing, powerful things about music is that you can forget all about a song and then you’ll hear it on the radio or it’ll come up on your playlist or whatever, and it can remind you of a very specific moment in your life, and where you were, and who were you with and how you felt at that time.”

When he was 15, Hoppus decided he wanted to learn the bass guitar, and after a quick negotiation, he painted his father’s house in return for the instrument. Subsequently, participating in a high school band and leaving college to pursue his musical career helped him get to where he is today, he said.

Student musicians are also influenced by past artists.

For singer-songwriter Mirabella Wong ’20, songs from the past also inspire her own musical endeavors. In addition to being influenced by singer-songwriter Alicia Keys, one of her dad’s favorite musicians, Wong said she has also been motivated by The Beatles.

“I remember the one song that stands out to me a lot is this song ‘Yesterday,’ Wong said. “When I was younger, my uncle played it during our Christmas dinner, and I didn’t really play music back then, but he was playing the guitar and everyone was singing. But it was really cool and I thought the music was so beautiful, and I wanted to make something like that.”

Though each individual’s taste varies, Wong said that music will always connect humanity.

“It’s funny because when I play music in my dad’s car or something, I always have to make sure he’ll like it, and you have to think about [things] like, ‘what would he like from our generation,’” Wong said. “[Artists] like Billie Eilish, which is so random, but my dad likes some of them, and I think maybe because music kind of connects to people and maybe it reminds him of someone he listened to before. It never really changes, even through generations, how music touches people.”

Family relatives can also be a factor for shaping student musical careers.

Similarly, Will Nordstrom ’21 decided to become a musician after his sister introduced him to The Beatles and Wings, which soon led to his infatuation with classic rock. Nordstrom, who has released two rock albums, said that in addition to personally enjoying their music, The Beatles’ album “Sgt. Peppers Lonely Hearts Club Band” was his main influence to start making music himself.

Performing arts teacher Mark Hilt said his musical journey also dates back to his childhood. Growing up in a small farm town in Kansas, Hilt sang in choirs and taught himself to play the piano, but was also introduced to music by his parents, he said.

“My mother and father belonged to a record club, which you would send records in the mail every month or so,” Hilt said. “I just remember listening to stuff and being astonished by the sound of music, big orchestras or piano music. I just loved the harmony and the way everything worked together.”

Music can have an underlying meaning and can hold important values.

Hilt said that Billy Joel and Art Garfunkel are two of many artists who defined his musical experience, and that as he matured individually, his views of music developed as well. Through teaching young people, Hilt said he has deepened his comprehension of music, and is excited for its future, despite the immense value that lies in understanding the past.

“New music now is a little different from what it was when I was in college,” Hilt said. “Nowadays [people of newer generations] feel free when they create things to pull in all kinds of influences. They don’t feel they have to write in a certain way. For instance, people use instruments from rock bands or drum kits or whatever they want to do, and they put it together, which I think is great, because that infuses new ideas into our art form, which is 700 years old, and allows it to recreate itself for new audiences and new performers.”

Although older music can sometimes fall out of circulation, Nordstrom said that initiatives such as The Beatles’ 2019 remastered version of “Abbey Road” help ensure that people do not forget about older music and that it will always hold a place in today’s youth culture.

“[Older music] is so different from more recent songs that people like for like a month, and then they just forget about it,” Nordstrom said. “I feel like that’s never going to come back. But I feel like really substantial music, like older music, it always comes back.”

Music may evolve, but this evolution and its unique ability to unify people regardless of their background should be celebrated, Hoppus said.