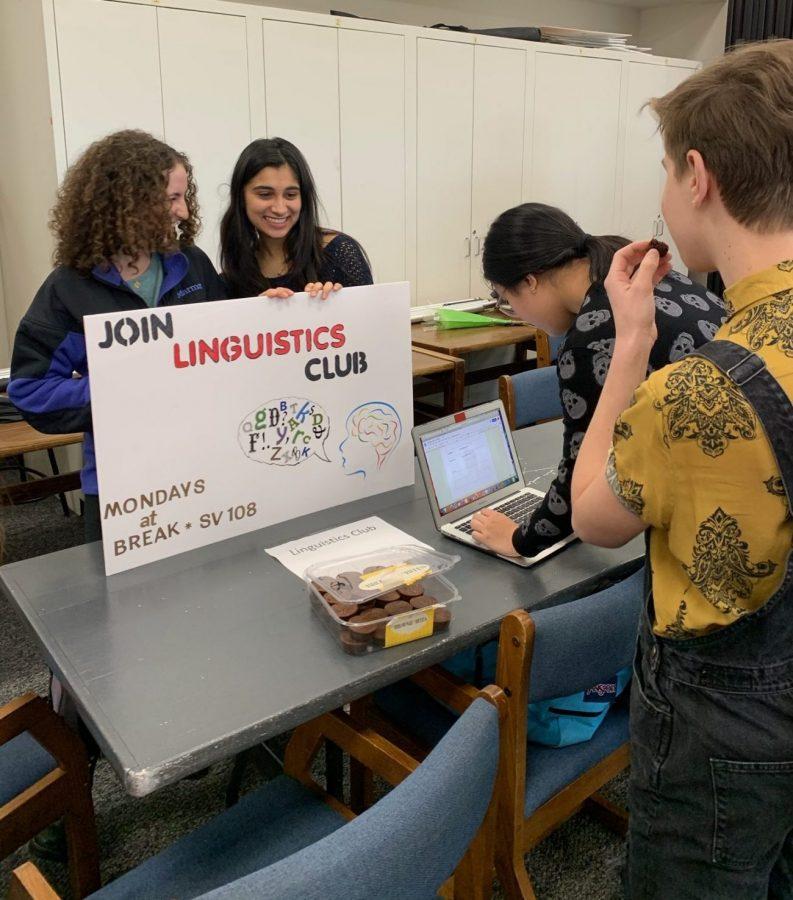 Students sign up for the Linguistics Club, which is lead by Liana Wadhwani ’22, during activities period in Chalmers East. Credit: Quincey Dern/Chronicle

Prefect Council hosted an Activities Fair for new clubs to share their interests with students in Chalmers East on Monday.

The event featured the seven new clubs that will meet during second semester. The new clubs include Mountain Biking Club, Baking Club, and Songwriting Club.

“I like how everyone at school feels comfortable enough to start a club about what they are interested in and that other people in the community support them,” Sophia Lindus ’22, who attended the event, said.

Another new club is the Linguistics Club, which will focus on educating students about the science of language and its structure, club leader Liana Wadhwani ’22 said.