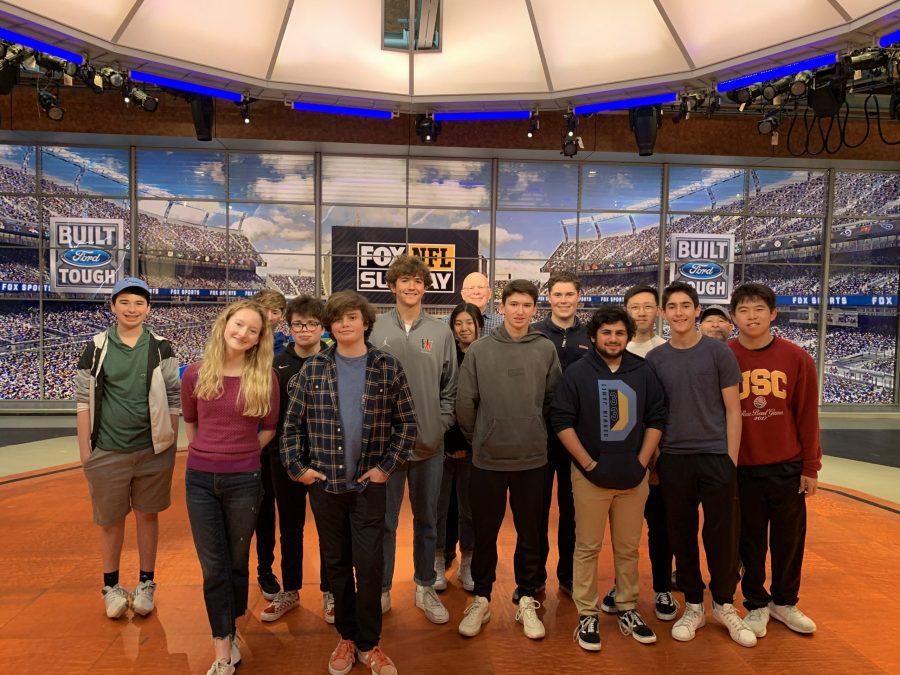 This year marked the third time that students enrolled in broadcast journalism classes toured the Fox Sports facility and met with executives in the company to learn more about the field. Chronicle Broadcast Producer Yoohan Ko ’20 said that despite it being her third visit to the studio, she felt that each visit was unique. Tash said he hoped the trip made students across both campuses more conscious of the broadcast program at school.

“Every year we do the trip, we get more kids talking to other kids at school and making them aware of the program we are building here with broadcast journalism, HWTV and the live sports broadcasting class next year,” Tash said. “All of this is fitting in to kids every year being more aware of another opportunity they have to make media and have fun at school.”

On the trip, students participated in a Q&A session with President of National Networks Mark Silverman and Executive Producer Brad Zager. In addition, students were able to see the process of creating audio for network promotions and opening videos before sporting events and later visited the set of “Fox NFL Sunday.” Ko said that the technical demonstrations were the most fascinating part of the trip.

“While in other years I was captivated by the discussion with producers at FOX, this time around I was most interested in watching the final result of an audio mix for Daytona 500,” Ko said. “The different elements required for three seconds of sound were of a different scale than what I do in school, so it made me want to test my capabilities.”

Students also watched a live recording of “The Herd with Colin Cowherd,” a sports talk radio show which also airs on television. Tash said his favorite part of the visit was watching his students interact with Cowherd at the Q&A session.

“When Colin Cowherd was talking to all of the kids there, I looked down the line at everybody looking at him and saw how focused they were listening to him,” Tash said. “There’s nothing for a teacher better than looking across and seeing all their students really in the moment and really enjoying what they’re doing. That’s what I saw in that moment, and it was really fun.”