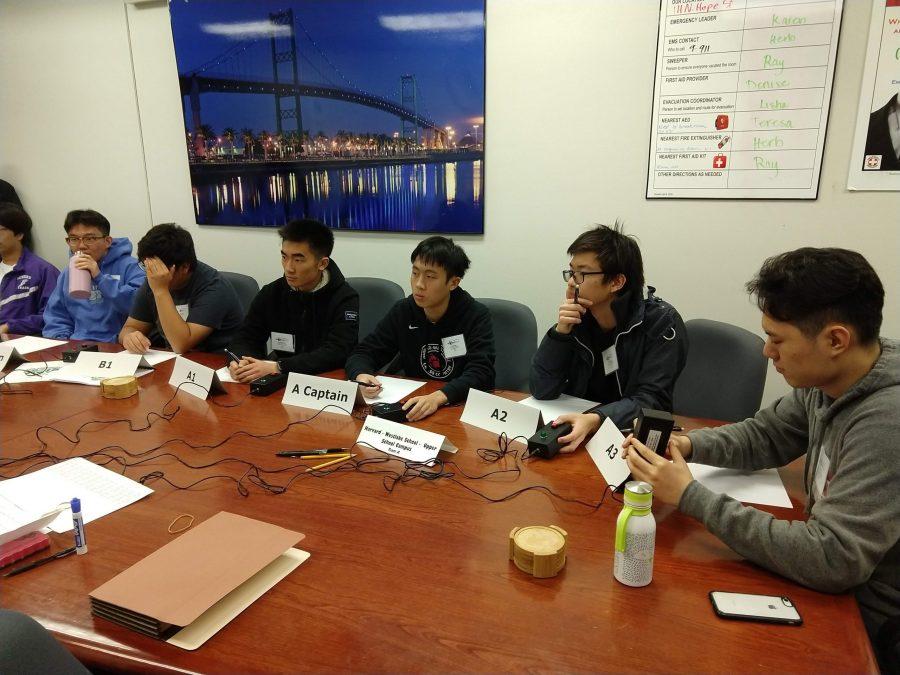 Science Bowl Team A, co-captained by Sebastian Li ’20 and Tyler Weigand ’21, earned fourth place out of 42 teams in the Regional High School Science Bowl on Feb. 22, while Team B, led by Micah Gold ’22, finished in eighth place. At the tournament, the teams competed against high school students from across Southern California at the Los Angeles Department of Water and Power Headquarters.

In preparation for the event, Science Bowl participants met twice a week for six months and self-studied STEM topics not traditionally taught in the classroom, including machine learning, science teacher and faculty adviser Heather Audesirk said.

Students reflect on the competition’s results

Team A suffered its first loss against Venice High School during the double-elimination rounds, in which teams were removed from the tournament after two losses. However, the squad ultimately recovered, rising to the top of its bracket.

“By the end of the first half [of the double-elimination rounds], we were 14 points behind [Venice A],” Li said. “In the second half, we put [aside] our reservations and secured the toss-up questions with aggressive buzzes, which helped us win the game.”

Team A member William Tao ’21, who has participated in Science Bowl every year since seventh grade, said that the questions asked over the years have become progressively more complex.

“Science Bowl has gotten more difficult, and my baseline level of knowledge hasn’t risen quickly enough to keep up,” Tao said. “While we made it to the nationals in seventh and eighth grade, we didn’t make it to nationals this year.”

Nevertheless, Tao said that the relationships he has forged with his teammates have become one of the reasons why he has remained in the club.

“I had a lot of fun experiences with my friends,” Tao said. “I also learned how to teach myself various topics efficiently and picked up a slew of facts.”Audesirk said she was most impressed by both teams’ abilities to quickly perform calculations and recall disparate facts under pressure.

“I’m really proud of the work the students put in,” Audesirk said. “I don’t have a clue what the question is asking, let alone what the answer to the question is, and they know it in five seconds. It’s rewarding to watch them learn so much science and buzz in on all these questions.”