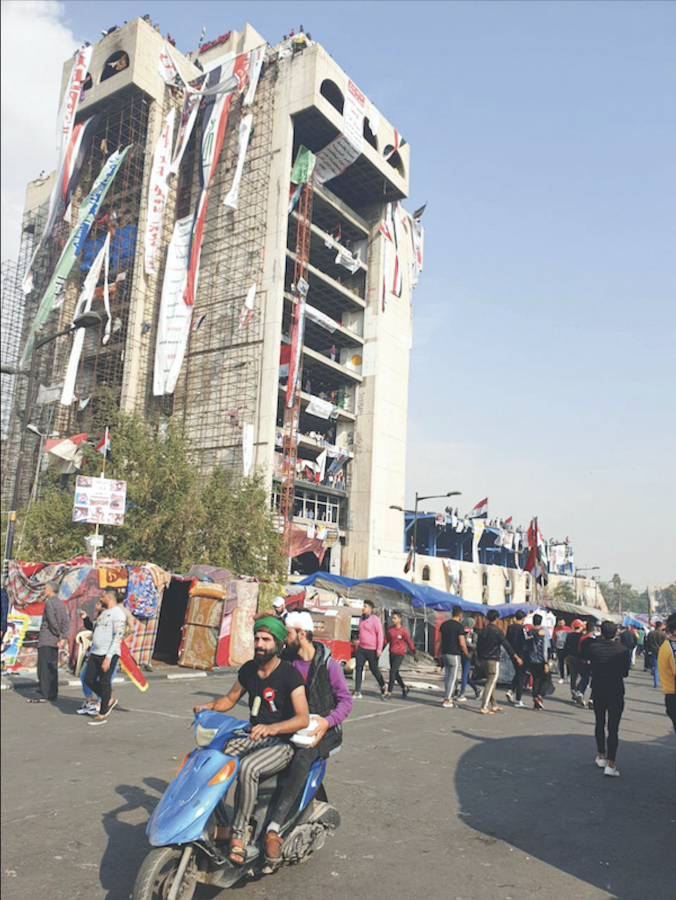 Baghdad, Iraq bustles in a shot taken by Jameel Zuher, who helped Emma Limor ’21 with her project. Credit: Jameel Zuher, used with permission.

To pursue her interest in the development of Arabic language and culture, Chronicle Opinion and Business Editor Emma Limor ’21 spent the summer studying the similarities and differences of six Middle East and North African (MENA) countries.

After taking Middle East Studies at the Upper School and serving on the Muslims and Jews Inspiring Change Youth Council, Limor said she discovered her profound interest in the Arab world . Even though she developed a basic understanding of Modern Standard Arabic through these resources, Limor said she wanted to expand her scope of knowledge by studying different Arabic dialects over the summer.

“Modern Standard Arabic is often a little outdated and rarely used in daily life,” Limor said. “The heart of this project was exploring the everyday language through the lens of others.”

Limor first created an exchange program and gathered 30 teenagers from several MENA countries including Algeria, Iraq and Yemen. After mingling with each other, these teenagers compared their Arabic dialects, national cultures, politics and social customs. Limor then documented notable similarities and differences and proceeded to research these topics more thoroughly .

Despite multiple barriers, such as the eight-hour time difference and Zoom malfunctions, Limor said that she was able to connect with all of the teenagers who took part in her project.

“Because of the time zones and other factors, no matter what time of day, I could always go to the chat and participate in the conversation,” Limor said. “I was glued to my phone for three weeks straight; it died five times a day.”

Throughout the summer, Limor said she gained a clearer image of the essence of shared humanity while making lifelong friends from various cultures.

“I learned that no matter where you are from or what you believe in, as long as you have a kind heart, you will connect with others,” Limor said. “The people I met through this experience are the most loving people I have ever gotten to know, and when we opened our hearts to each other and were able to argue and disagree with respect, learning was able to occur.”